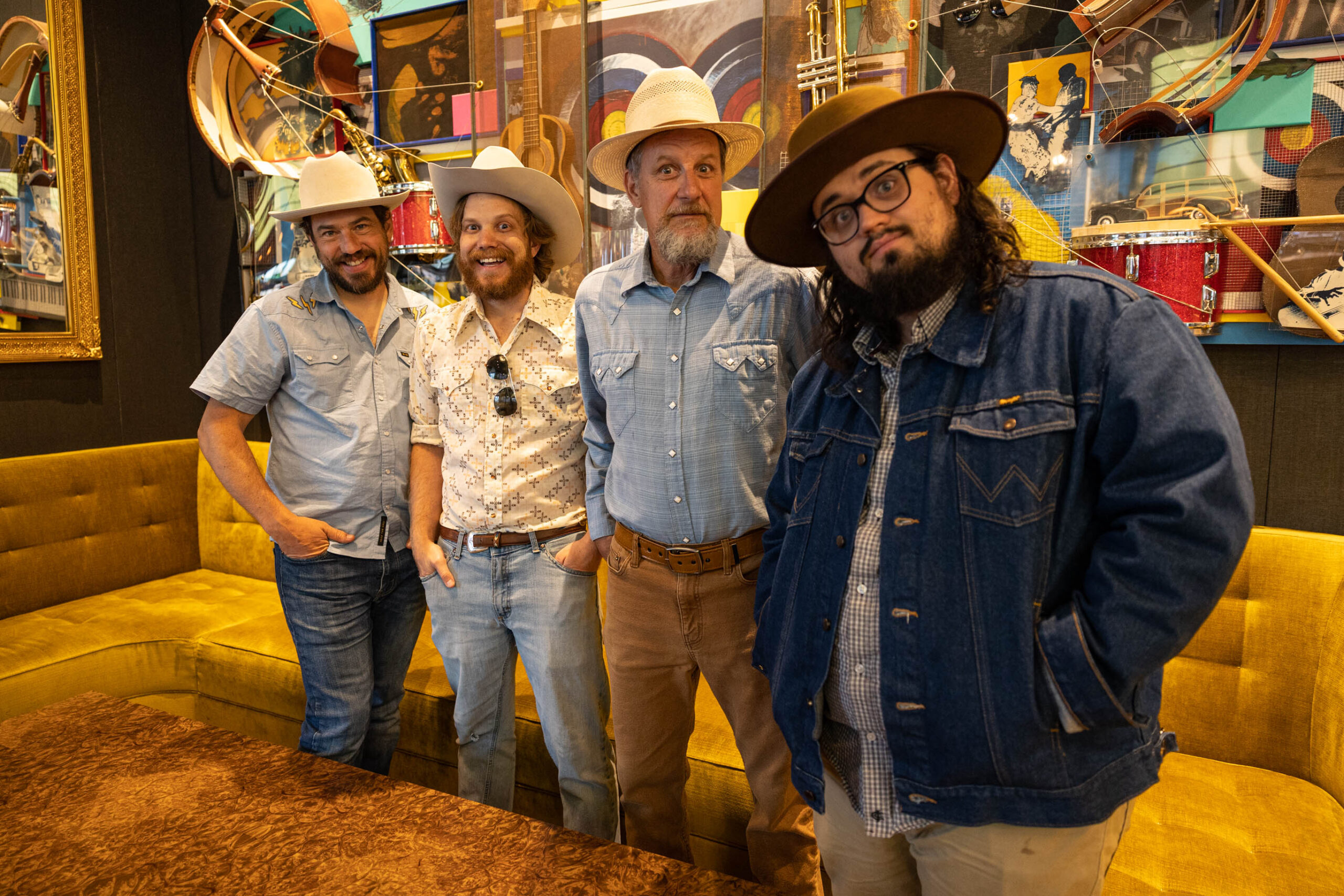 Sugar Britches is a blend of mischievous high-brow honky-tonk with eclectic instrumental accompaniment and clever lyrics, written by Brian Johanson and performed by a cavalcade of characters. Combining good ‘ol country heartache along with snarky folksy wit, Sugar Britches has been playing non-stop throughout Colorado and the great West in bars, parking lots, weddings, bat mitzvahs, rodeos, amphitheaters and regular-ass theaters since 2017.

Recent highlights for the band include recognition on The Colorado Sound’s Top 20 List of Colorado Artists for 2021 and an opening slot at the legendary Mishawaka Amphitheatre for Wynonna Judd.

The band released their first album, Don’t Make Her a Mixtape Yet You Idiot, in 2019 to great success, and they have just released their second full-length album, No One Cares That It’s Your Birthday in September of 2022.